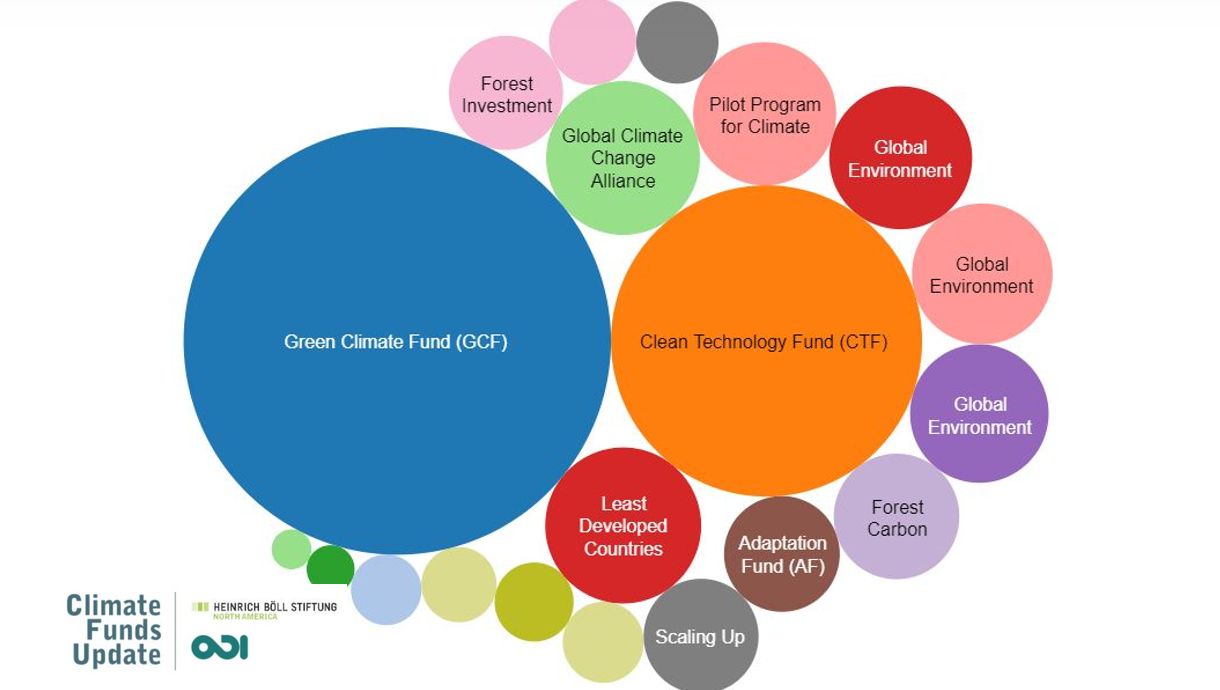 A snapshot of international climate change law and climate finance

Since 1992, the United Nations Framework Convention on Climate Change (“UNFCCC”) has represented the skeleton of international climate change law. The Framework Convention provided the structure for future international law, such as the 1995 Kyoto Protocol, which set concrete targets for CO2 emissions reductions, and the 2015 Paris Agreement, which allows for states to publish their own Nationally Determined Contributions (“NDCs”). In the NDCs, every country sets out the action it plans to take regarding climate change. For example, one of South Korea’s commitments is to reduce greenhouse gas emissions by 37% by 2030. In terms of finance and support, China committed to establishing a Fund for South-South Cooperation on Climate Change (and has since done so).

Under the Paris Agreement, every state is responsible for taking measures to mitigate and adapt to climate change. But there exists an additional expectation that developed states will support developing states in giving effect to their NDCs. To understand where this expectation comes from, one must have regard for the principle of “common but differentiated responsibilities and respective capabilities”, which acknowledges that some countries have contributed more to climate change and that some countries have a greater capacity to deal with the effects of climate change. One category of vulnerable states are called “Small Island Developing States”, which are at risk of rising sea levels and which have been home to the world’s first climate refugees. Ideally, states’ efforts to address global climate change would broadly reflect their historical responsibility for climate change and their current capacity to deal with the consequences. The below figures provide an example of countries’ relative emissions, with the general trend being more developed countries also being the highest emitters, and the least developed countries and most vulnerable being the lowest emitters. United Kingdom, France, Pakistan, Bangladesh, Portugal, Maldives, Rwanda, Tuvalu 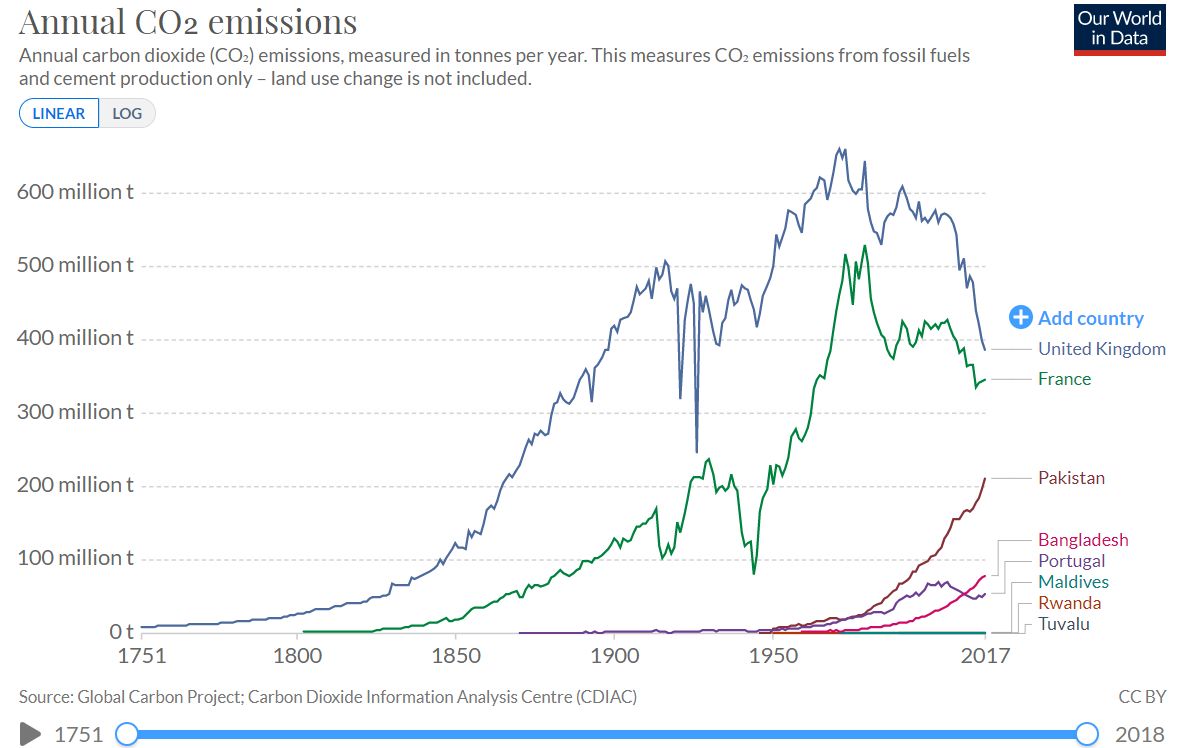 The signatories to the UNFCCC are generally classified as either “developed” or “developing” states. Under the Kyoto Protocol, states’ obligations depended on which category they fell into. Since 2015, however, every state can decide for itself the extent and the form of its own contributions, regardless of development status. Every five years, every country must publish its Nationally Determined Contributions, which depict the action it will take to mitigate and adapt to climate change and to support other states. States can also delineate the amount of finance they will require to fulfill their commitments.

Climate finance is one way states can support each other, but it is far from straightforward. Climate finance can be private or public, multilateral or bilateral. If it is multilateral, a donor state will transfer money to an international fund, and the fund will then apportion the money amongst recipient states, who must apply for funding. Examples are the Green Climate Fund and the Least Developed Countries Fund. If it is bilateral, the donor state will transfer the money directly to the recipient state through a domestic international aid scheme. An example is Denmark’s development assistance programme “Danida”, or the UK’s Department for International Development. If finance is private, the money may come from an investor, a company or an NGO. In 2009, the Parties to the UNFCCC set a target of mobilising $100 billion in climate finance annually, but the various means of transferring funds make it difficult to keep track of how much is transferred. It follows that it becomes difficult to determine whether states are complying with Article 4(3) of the Paris Agreement, which requires states’ NDCs to reflect their “highest possible ambition [and] common but differentiated responsibilities and respective capabilities”. To add to the complexities, there is no common understanding of what qualifies as climate finance for the purposes of the Paris Agreement. For example, if State A finances the construction of a new dam in State B, is this climate finance? The dam example could be related to the environment, to flood prevention, to food security, to stimulation of local economy, to transport, etc. What if a project falls under multiple categories? What if State B has to pay State A back at a later date? The latter concern was raised by India’s climate finance negotiator and senior advisor in the finance ministry, Rajasree Ray, when she lamented that “the OECD calculations include non-concessional loans and existing overseas development assistance provided to developing countries. How can these be regarded as climate finance flows when the climate convention clearly states the flows are to be new and additional? The most fundamental assessment should have been that the total flows [of climate finance] provided by the developed countries should be matched to the total flows received by the developing countries.” The statement calls into question the integrity of developed states’ reports of climate finance provided. To provide some context to the above discussion, let’s take a look at one party to the UNFCCC. As a nation particularly vulnerable to the effects of climate change, Pakistan claimed that “without provision of adequate finance, technology development and transfer and capacity building, the consequences for developing countries are likely to remain catastrophic”. The concern was reiterated in Prime Minister Imran Khan’s speech at the UN’s Climate Action Summit in New York last year. Other countries have been much more specific about their financial needs. India, for example, has requested “at least USD 2.5 trillion [in climate finance] between [2016] and 2030.” As of 2019, according to one official source, India had received US$1.23 billion in multilateral climate finance, more than any other country.

According to the same source, less than US$7 billion had been mobilised via multilateral funds as of February 2019, notwithstanding the annual goal of US$100 billion. Particularly problematic is the fact that reporting of climate finance transfers is left to donor states rather than recipient states. This arrangement is well-intended, insofar as it reduces the administrative burden placed on developing states, but has adverse consequences. This could lead to overstating the amount mobilised, where, for example, “Biennial Reports under the UNFCCC rely entirely on donors’ own classification of their [bilateral] aid as climate-relevant” (Carola Klöck et al 2018). In practice, accounting for finance has proven to be an enormous obstacle and figures are regularly disputed. Insofar as the objective is to ensure each state contributes their fair share to the global fight against climate change, the need to accurately account for each state’s efforts cannot be understated. 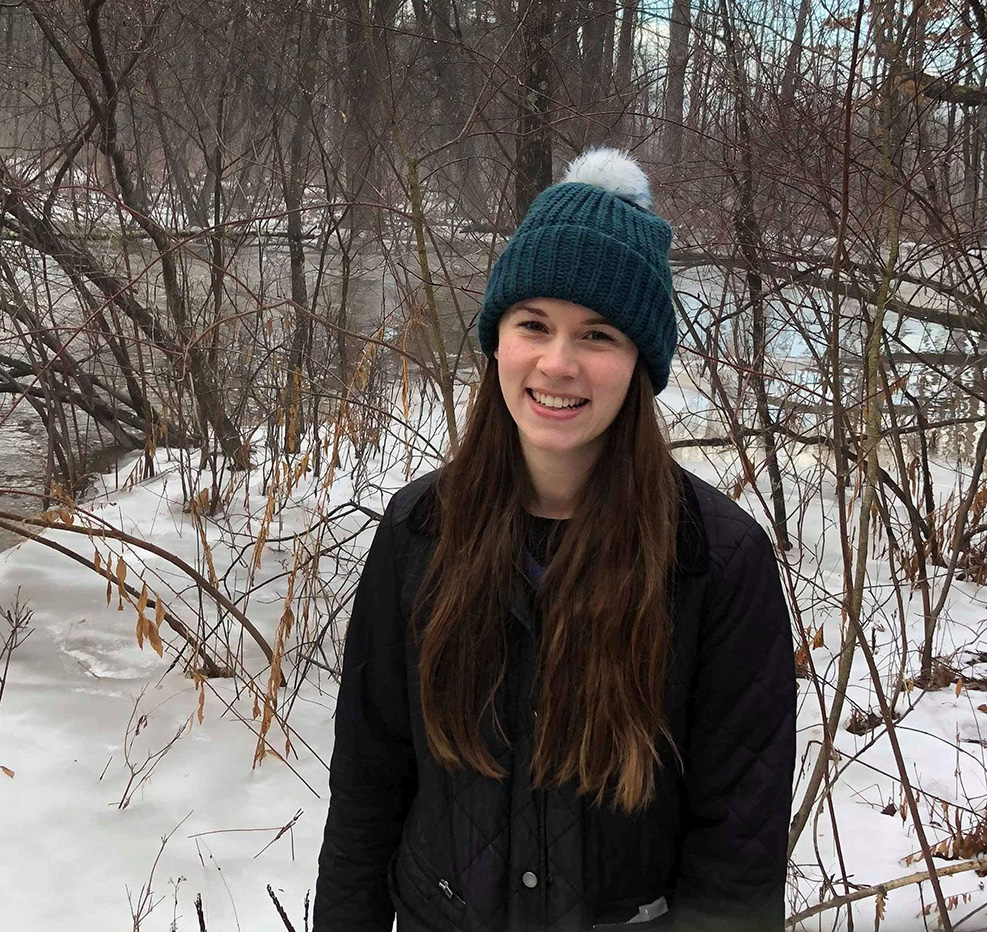 I am a law student at Newcastle University, writing my dissertation on the international law of climate change and support mechanisms for developing countries, which are based on the principle of 'common but differentiated responsibilities and respective capabilities'. I campaign with People & Planet for fossil fuel divestment, and I host discussions at my university on sustainability challenges. In my spare time I’m an aspiring polyglot, a football enthusiast and a swing dancer!